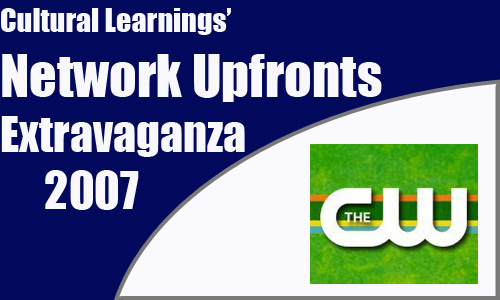 Well folks, we all knew this day would come. Final word out of New York, from The CW’s own Dawn Ostroff has basically confirmed it: Veronica Mars has (finally) been canceled.

From Michael Ausiello at TV Guide.com:

12;29 OK, here it is in a nutshell, per dawn ostroff. Veronica Mars is dead. But, and there is a but, she says she’s “talking to Rob and Kristen” about doing something else. She’s not calling it a spin-off, and wouldn’t say whether it would feature the character of Veronica. Translation; I’m as confused as ever!

12:33 I will try and get more clarification on this. Please stand by…

12:36 OK, a reporter just asked a VM follow-up — and Dawn continues to dodge. She says they’re discussing “an idea,” but adds, “I don’t think it’s going to happen.”

12;47 The press conference is over. I tackle dawn just as she tries to escape and I ask her to level with me. Is Veronica dead? “Veronica Mars is over, but we’re talking about something else. I don’t know if it’s going to be anything. I’m being honest with you. It could come back in some form, but I don’t know what form that would be.” She confirmed that the deadline to make a decision is “somewhere around” the June 15 date i referred to previously. Long story short: mystery still not solved!

And then, the heartbreaking conclusion, from creator Rob Thomas himself…

“No one has talked to me about a new, non-Veronica project. All my writer’s have been offered jobs elsewhere, and I believe they will now all accept these jobs. Very, very, very sad day around the VM offices.

I assume that anything Dawn would be talking about in the realm of a Rob-Kristen project would involve a new from-scratch pilot as they don’t have me in a deal, and they’ll lose Kristen in a couple of weeks.”

I think we all saw this coming, perhaps, but it will take a while for it to sink in. I’ll have my final thoughts on the series’ three-season run ahead of its Series Finale on Tuesday. Until then, let’s have a moment of silence.