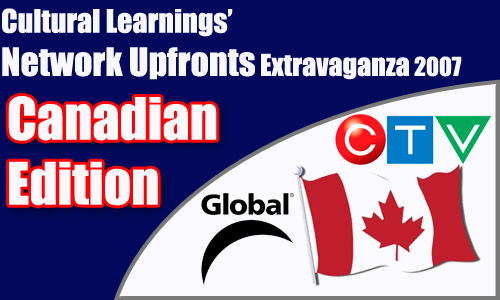 With little aplomb, CTV has announced its finalized Fall schedule today [American Perspective, Canadian Perspective], and it’s one that continues its recent trend: continue raking in the ratings with established American hits while introducing Canadian content as an attempt to seem devoted to Canadian content. And, well, there’s a reason CTV is Canada’s #1 Network. And a reason why Canadian content isn’t really part of that success.

Their fall schedule basically confirms this status, building on their existing American distribution success by adding a series of new Dramas and a single new comedy.

Why CTV Picked it up: They have Grey’s, this was a logical extension.

Why CTV Picked it up: It has Canadian cultural icon Donald Sutherland, and CTV will jump at any chance (See: Commander in Chief) to stake a claim on the family since Global has Kiefer and 24.

Why CTV Picked it up: Because they knew I wanted to watch it, and that I would appreciate being able to do so from the comfort of my dorm room.

Why CTV Picked it up: After shafting the final season of Alias with a ridiculous Sunday afternoon timeslot, they felt they owed it to star Michael Vartan.

Why CTV Picked it up: CBS scheduled this show as a strong lead-out for Ghost Whisperer, and since CTV owns that show it was a logical fit.

Why CTV Picked it Up: They were tired of other networks getting all of The CW’s shows, and felt that O.C. creator Josh Schwartz was their best bet yet at regaining teen viewers.

Why CTV Picked it Up: After acquiring the rights to Two and a Half Men, they needed a logical pairing for a Monday comedy block and found it in this series. Oddly, they didn’t pick up the Dancing with the Stars lead out, Sam I Am, considering that they have the rights to the successful reality series.

However, these are the shows you’ll care about: what you might not is the Canadian content they renewed.

Whistler: This drama struggled to gain even a small audience when it debuted, and yet CTV is sticking with it in an attempt to appear “cool” and devoted to Canadian content. Memo to CTV: Cool and Canadian Content, in television, rarely go together.

Robson Arms: It’s not funny. At all. How this comedy and its sibling Jeff Ltd. ever survived is beyond me.

What this lineup shows to me, more than anything else, is that CTV needs to get serious about finding GOOD Canadian content if they’re going to limit their American pickups to only 7 series. In the meantime, these shows are likely just to be the source of hundreds of annoying commercials during American-created programming as opposed to something I would sit down and watch. Canadian Content should be about quality, not quantity, a lesson that CTV needs to learn.