Cautious Optimism: Awaiting the Return of “The Mole” to ABC 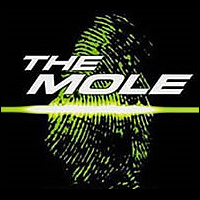 I loved The Mole.

It was a reality show that did a lot of things right, many of which I could list for hours on end (And that my Elder brother waxes nostalgic about in this old blog post, although the YouTube videos are dead), but there is one that needs to be highlighted: more than any other reality show, it made the viewer a part of the game.

When we watch Survivor, we are watching a social experiment from the outside looking in, judging these people based on a situation we can’t understand. When we watch The Amazing Race, we have the visual sensation of enjoying the sights and excursions but without the same sense of killer fatigue that has done in many racers. And, when we watch American Idol, we can vote as much as we wish but we will never have a deciding voice as part of the tens of millions of votes cast.

But watching The Mole, the viewer is a player in the show’s central game: discovering who, out of a group of 12 strangers, is the one hired by the network to sabotage their efforts to earn money for a group pot is something that the audience gets to enjoy just as its players do. Sure, we aren’t part of the games, and that ol’ “Parts not affecting the outcome were edited out” disclaimer means that we obviously don’t have the whole story, but at the end of the day the viewer is the 13th player in the game.

Perhaps its because my eating habits would keep my from surviving on Survivor and The Amazing Race, and that my voice is not quite good enough for a music competition series, but of all of my various non-options (Go Canada!) The Mole is the one reality show that I would actually want to participate in. And, after being seemingly canceled and seeing its host move on to a far shinier gig, Americans with my mindset have their chance: tomorrow night, June 2nd, The Mole returns to ABC.

And consider me cautiously optimistic.

First off, I’m optimistic because I love this format to death, and based on a trip to ABC’s website for the show the format seems to be almost identical. Monday’s premiere (Which I will be reviewing on Tuesday) follows the group after meeting in an exotic locale and being forced to complete a seemingly dangerous task – something that seems awfully similar to the first season plane jump. The execution screen looks a bit more hi-tech but still features our favourite fingerprints, and all glimpses of the series seem to indicate that the producers (Who resurrected the series themselves, having brought it to North America in the first place) are in this to create the same type of show.

Now, the cautiousness is really identified by two main issues: the loss of Anderson Cooper, and the apparent attempt to “dumb down” the quizzes in favour of allowing for more audience participation.

As far as concerns go, the first one is really unfair: Anderson Cooper was a fantastic host because of his wit and dry humour, and it is extremely clear that he was too good for even a quality reality show. Having since moved onto CNN, one of the central questions I posited back when the new first broke was who would replace him. The answer ended up being Jon Kelley, who I knew most due to his stint on syndicated newsmagazine Extra (Extra!). While being on the same reporting team as Mark McGrath is nothing to write home about, Kelley seems to be at least preferable to Celebrity Mole host Ahmad Rashad: he has a bit more of a serious vibe, which is likely preferable. But, until I see the show itself, I can only trust in the producers that they’ve found someone to fill Anderson’s shoes.

The latter concern was really mostly during the announcement: it sounded like a rather dangerous attempt to simplify the game, and to an extent it is: it implies that everything on the quizzes must be things that the editors/producers include in the episode so that we can answer the questions in kind. The quiz for tomorrow night’s episode is already up at ABC (LINK), and based on my recent viewing of the show’s first season it definitely seems as if the questions are slightly easier. However, I must admit, it will be kind of fun to watch the first episode knowing the questions and perhaps formulating my own answers. As long as it doesn’t simplify the central guessing game and clue-finding of the game itself, this concern is tabled until we get later in the game (Particularly the final quiz).

Outside of these concerns, however, I’m damn excited: I have the first season on DVD, and it’s just an extremely smart and complicated series that puts people in tough situations and where every one of their quirks or weaknesses is actually a clue as opposed to an annoyance. I can’t judge the twelve contestants (which you can meet here, or see above) until the episode actually airs, but my fingers are crossed that they are interesting and diverse, and that the show can mess with them as it has messed with so many others.

EDIT: Variety has checked in with their review, and it’s positive (If a bit concerning in its praise of simplification). Here’s an excerpt:

More than one option

Mostly, the series has benefited from the glut of poorly produced copycats. Measured against that yardstick, “The Mole” feels revitalized — or at least, as fresh as any reality show with a 24-year-old model in the cast can.

My last and final request, however, if the producers are listening: do not reveal the identity of The Mole to the internet. In the show’s second season, a clue was glaringly placed in an episode, and I can remember having the identity of the Mole ruined by the folks at TWoP (My own fault for ignoring spoiler-tags in my unknowing youth). Hopefully, this time around, said clues will be cryptic enough, and my resolve will be stronger. Either way, we’ll find out tomorrow night.

The Mole returns to ABC at 10e/8c tomorrow, Monday June 2nd. I’ll be busy at that time, but check back on Tuesday for a full review/recap/analysis.

Filed under The Mole

One response to “Cautious Optimism: Awaiting the Return of “The Mole” to ABC”