Who Won The Amazing Race Season 13, and did they deserve it?

[Looking for who won the 15th Season of The Amazing Race, featuring Meghan and Cheyne, Sam and Dan and Brian and Ericka? Find out at this link!]

Who Won The Amazing Race 13?

Eleven Legs, eleven teams, and eleven hilarious mistakes by Dan & Andrew have brought us to this point: we have three teams racing to the finish, searching for that flight back to the United State of America and the finish line.

Who made it there first? To find out how they did it, read Cultural Learnings’ full review. To find out who it was, and whether they deserved it, click on below.

Nick and Starr have won The Amazing Race.

This isn’t a surprise: I predicted it, most people predicted it, and they won six legs before this point. Some have even argued that they were too dominant, too powerful and (as a result) too unlikeable. I don’t see it, I’ll be honest. I’ve liked them since the beginning because they are enjoyable to watch, they balance each other well, and they are good racers. This is the kind of thing I like to watch on the Race: I want to see teams who race well, who don’t get too caught up in the struggles or politics of the race.

Yes, Nick on many occasions made some tough decisions, and Starr’s emotions occasionally led her to say some rash things and become overly emotional. But this is a team that can control those outburts: yes, they fit the profile of the teams who always do well on the race (Male/Female combos, highly athletic, pretty), but that doesn’t mean that they weren’t at a different level than some of those teams (they were no Colin and Christie, in other words). From day one, they were a team that was going to perform well, and with only one really weak leg on record (where they only avoided getting a speed bump due to Dan & Andrew’s incompetence) they were one of the most impressive teams on record.

As a result, I think they deserved to win. Neither of the other teams really proved themselves better in any area, and I think the result turned out really well for second place finishers, Ken and Tina. They got their final moment at the pit stop, and I think it will be for the best that there isn’t a million dollars sharing the spotlight with the return of their weddings rings to their fingers. It was a touching moment, which unfortunately came after an episode where they bickered as much as they ever did throughout the race. I hope Ken is right: I hope they never have to run again, because it’s just going to create more arguments if I have to guess at it. 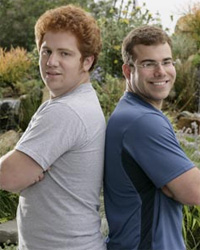 Similarly, Dan and Andrew’s final position was perfect: completely out of the leg the second they got a taxi driver who didn’t wear his seatbelt and had no idea where they were going, they proved that they at least weren’t quitters, and that they were finishing this race (something that less than 36 teams before them got to do). They knew they were out of their league here, and I’m curious to know whether this race would have been different had it not been them in the final three. Regardless, they were there, and we can’t entirely ignore their positive attributes in favour of their utter inadequacy at almost all tasks: that’s just not fair.

Now, there will forever be arguments (okay, not forever, but for a while) that Toni and Dallas got robbed, even if by their own mistake, and that they would have been the fan favourite to win this race. I agree: they would have been an amazing story, and my emotion leaving the finale was heartbreak that Toni and Dallas didn’t get to experience that moment at the finish line (Starr must have been crushed, she wanted a congratulations kiss I reckon). In the end, though, that’s the race: the teams who we might like the best often don’t get to the mat on time, and often don’t even see the final leg.

But this, to me, is the next best option: a team that earned it. I believe they reflect the kinds of racers I want to see on this race more often, and I found their relationship to be sweet instead of controlling. Nick calms Starr, instead of talking down to her, and that’s something that teams should learn from in the future. I can only hope that, from this point forward, applicants figure that out ahead of time.

Filed under The Amazing Race

10 responses to “Who Won The Amazing Race Season 13, and did they deserve it?”