The strangest thing about Stranger Things is its (potentially) undefined future 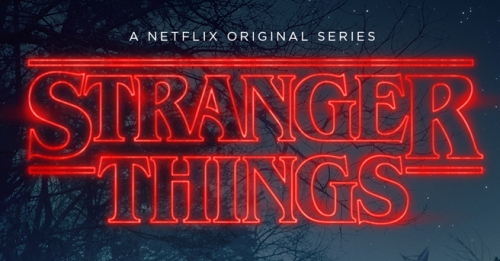 Stranger Things is the latest in a long line of originals from Netflix, a stable that is growing to the point where any one series is no longer really all that pivotal to their brand identity. Netflix doesn’t really put a significant promotional pitch behind a show like Stranger Things: they do some light marketing, some press (if critics/reporters are interested), and then season one becomes a litmus test. If it’s a “hit,” it goes into the list of shows that Netflix will push harder for a second season. If it’s not, it becomes like Marco Polo, which received almost no fanfare when its second season debuted earlier this month.

Stranger Things does pretty well in this litmus test. Critics embraced the show—although it received a slightly lower metacritic aggregate score than Narcos, it also had eleven more reviews in total, suggesting a wider interest in the series from the press. If I had to pinpoint a reason for this, it’s because Stranger Things feels different. Netflix’s series have at times slotted comfortably into existing genres: Narcos into the Breaking Bad anti-hero mold, Marco Polo trying to be a historical action epic, etc. And while Stranger Things‘ cinematic points of inspiration are none-too-subtle, it has less precedent in television, and thus feels novel even though one of Netflix’s first original series (Hemlock Grove) was a spin on the horror genre. The 80s period, Spielbergian, Stephen King-esque take on the material stands out amidst what I once dubbed the “psychosexual horror arms race” ongoing elsewhere in the genre, and the show overcomes some shoddy procedure—more on that after the jump—to construct a compelling milieu, fun characters, and a mythology that draws you in without getting overly complicated.

But there is another litmus test in Stranger Things that I want to focus on, which is this: what kind of television show is this in our era of limited series and seasonal anthologies? At only eight episodes, Stranger Things sits in a decidedly liminal position in an evolving TV industry, and the way the first season ends tells me that even those making the series aren’t entirely convinced where they want this show to fit. It’s a fascinating decision that creates an entirely new “postmortem” conversation about a season of TV: What, indeed, do we want a second season of Stranger Things—all but guaranteed given Netflix has never canceled anything, and certainly wouldn’t cancel something with reviews like this—to look like?

And, perhaps more importantly, do the show’s creators and Netflix feel the same way?

[Spoilers for “season one” of Stranger Things to follow.]