Why the ‘Lost’ Season Three DVD Isn’t Coming until December 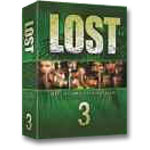 This week, ABC Studios is announcing their official release dates for their upcoming season DVD sets. Of these shows, the most anticipated is the Season Three release for ‘Lost’. And yet, it is also the one that would be most difficult to schedule.

On one hand, the series’ third season was its least watched by a wide margin, and yet ended so strongly that it is creating a lot of buzz with people who gave up on it midway through the season. As a result, there are likely a large number of people who want to catch up, and will want DVDs with which to do so.

On the other hand, Season 4 of the series is not premiering until February. In order to best make use of the marketing tools used when launching a DVD series, they are always designed to also advertise the pending return of the show. Launch the DVD set too early, and you lose that opportunity.

In the end, Lost followed the lead of fellow Spring drama 24 by deciding on a mid-december release date (December 11th, 2007) for the Season Three DVD. This puts them in the heart of the Christmas shopping season, and creates some momentum that the network can take advantage of over the following two months before the 4th season begins.

The announcement certainly isn’t good news for impatient fans, however, nor is it good news for Blue-Ray owners: none of ABC’s shows (Lost, Grey’s Anatomy, Desperate Housewives) will be released in the Blue-Ray format this year. Fans looking to catch up will either turn to the internet, or perhaps to iTunes.

It is good news, however, for fans who want to see a set up to the standards of the first two seasons. The extras include commentaries, an extended featurette with unseen flashbacks, as well as behind the scenes segments on 10 episodes. That level of extras wouldn’t be found on a DVD rushed for August, and I think it’s for the best.

In the meantime, ABC should provide opportunities for fans to catch up on the series. They should consider running reruns of the post-hiatus episodes during the summer months, perhaps previewing some of the bonus material from the DVDs in the process. If they’re going to make people wait, perhaps they could make that wait a little bit easier. In the meantime, fans will have to wait until Christmas to get a glimpse at what the DVDs have to offer…and perhaps a glimpse of Season 4 included as well.