Why would Dan Harmon return to Community? 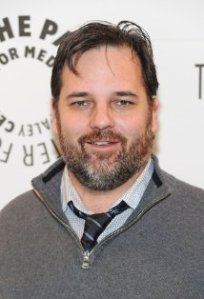 As news broke of Dan Harmon’s potential return to Community, it felt like an Internet rumor that Deadline would start in order to drum up potential hits. That’s because that’s what it was, of course, another one of the myriad of “scoops” that Nellie Andreeva gets from her sources at Sony TV who use her as a pipeline to the Internet rumor mill. This doesn’t mean the story is untrue, of course, but rather that there’s a good chance it’s an idea being floated as opposed to an actual, factual thing that’s happening. And so I admittedly didn’t give it a second thought, at least until it became clear that it was—at the very least—something that Sony and Harmon were negotiating about following the confirmed departure of season four showrunners David Guarascio and Moses Port.

My immediate reaction to this was confusion. Why would Sony want Harmon to return to a show that he publicly admitted to mismanaging? And why would Harmon want to return to the show after making a show of moving on with his career? After asking variations on these questions on Twitter, I got some interesting responses, and I think I’ve got a clearer sense on the circumstances that would lead to both parties reconciling their differences to work together again on a fifth season; I also think we need to disassociate this development from any sort of idealistic notion that either party is in this for the fans’ best interest.

That’s how this story would be pitched, and certainly how it’s being sold to fans at the moment. This is Sony admitting that the show went off the rails in its fourth season and reaching out to the creator whose voice was so pivotal to the series’ success. With Chevy Chase out of the way, one of the more public barriers to Harmon’s involvement is gone, and so how the family can be reunited to give fans the fifth—and almost certainly final—season they deserve. It’s a great story, certainly, but it’s also a way to cover up what is ultimately a pragmatic, professional decision for both parties should it come to pass.

For Sony, there’s very little logic that says they should prioritize the quality of Community. As it advances toward syndication—it will close with an affiliate-friendly 97 episodes—the actual quality of the episodes is no longer of paramount concern by traditional logics. All signs point toward Sony striking a deal with NBC to cover a larger than average percentage of production costs—especially for a fifth season—in order to keep the show alive and generate more episodes, and so there is even greater incentive to keep production costs down. As a result, the idea of bringing back someone who achieved great success critically while consistently running overbudget and over schedule feels—on the surface—to be enormously counter-intuitive.

Edit: As you can see in the comments below, some have pointed out that Harmon never actually came in overbudget on an entire season the quite common structure of pattern budgeting (which is the reason you occasionally have to make bottle episodes to make up for overages elsewhere). While true, for studios and networks the show’s very public and continual pattern of lavish concept episodes meant they were constantly fretting whether or not they would be able to pull it off; even if Harmon never went overbudget on an entire season, the threat was enough to tarnish his relationship with the studio and result in this pervasive narrative of his time working on the series. It’s not about the facts, in other words, but about how this uncertainty creates an atmosphere where Harmon is considered a liability for giving them more gray hairs than necessary.

In thinking it through, though, the decision would reflect a change in the logic of syndication in an era of digital distribution and other ancillary markets outside of the traditional “We’re going to sell this package of episodes to local affiliates to fill their schedules.” The logic would be that if Community‘s final season brings fans back to the show, even if it doesn’t actually result in considerably more viewers or increased advertising revenue, it creates the potential for those fans to remain “fans” of the show in ways that would lead them to buy a Complete Series DVD set or subscribe to a streaming service with exclusive access to all seasons of Community. If there’s one thing Community lost in its fourth season it wasn’t necessarily viewers or ratings—at least any more than NBC’s other Thursday night comedies—but rather the all-important and unquantifiable cultural capital. That’s the one thing Harmon could offer that would make it worth the risk for Sony, and if they are able to nail down clearer terms and stronger protections against overages, it’s possible that Harmon could be reined in and the studio could get both the episodes it wants to profit on and a promotional boost with critics and fans alike.

The question is under what circumstances does Dan Harmon actually want to return to Community? While Harmon never went so far as to burn his bridges—he publicly said he deserved to be fired, essentially, which is an unorthodox but honest way to leave that door open—he’s also worked to disassociate himself from the series as it continued without him. Although Harmon hasn’t moved on to any specific projects that would preclude his return to Community (his animated Adult Swim cartoon isn’t a huge time commitment at this point), there’s some part of me who read this news and wondered why he would want to return to something that he seemed to want to put behind him. It’s certainly possible he has stories to tell, and regrets what happened, and one could idealistically believe he wants to give the fans a proper conclusion to a series that has been a big part of his life and theirs.

However, at the same time, it seems possible to me that Dan Harmon wants to prove he can be a team player. Given how much Harmon’s auteurism was lauded during Community‘s run, you would have thought that he would have tossed his hat into the ring for pilot season (Edit: Which the comments suggest he has, without any success), or gotten an overall deal with a studio. And while it’s possible he was offered such a thing and turned it down, it also seems very possible to me that other studios got cold feet based on the stories they heard—and in some cases the stories he himself told—about his struggles working within the system of network television production. While it seemed like public knowledge that Chevy Chase was difficult to work with, relieving Harmon of some of the blame from that particular conflict, nothing Sony was expecting of Harmon seemed unreasonable or outside of the norm. And if you’re another studio thinking about working with Harmon in the future, do you really want another Community from the production side, especially given that Harmon’s creative slant tends toward the niche as opposed to the broad audiences broadcast networks are often looking for?

If Sony’s logic is driven by cultural capital, then, Harmon’s is driven by professional capital in an industry where his creativity is only valued in balance with his ability to manage a show effectively. And so I think anyone who reads this report and imagines a scenario where Sony lets Harmon have the same freedoms he had before and the show goes back to its original production culture is likely going to be disappointed with the hypothetical result. If Sony gets back in bed with Dan Harmon, it will be under a carefully outlined agreement that things will be different this time, because it wouldn’t make any sense for them otherwise; if Dan Harmon gets back into bed with Sony, meanwhile, it would be a chance not to fall back into old patterns but to show that he can still be creative within the limitations of budgets and shooting schedules, which may not result in the same kind of ambitious show Community aimed to be in its early season.

I would be interested to see Harmon working within these limitations, and I will admit that my interest in Community‘s fifth season—which I’ll watch either way, having never entirely turned against the show during its uneven but inoffensive fourth season—would increase should this relationship be rekindled. I just think that it’s important to consider not simply the promise of returning to the status quo, but rather how that status quo would need to change for this reported possibility to make sense to either party involved.

12 responses to “Why would Dan Harmon return to Community?”