In the transmedia elements for this week’s episode of Skam, the show laid the groundwork for an epic Friday showdown. Today is Eva’s birthday, and plans were made for a party at Chris’ house. It is the type of situation that has resulted in some of Skam’s most dramatic situations, and fans naturally brainstormed how the various story points could have converged in such a setting.

The party at Chris’ house never happened. [Edit: Saturday’s episode suggests it’s happening next week instead.] The suggested “climax” of this week’s episode was derailed by the chain reaction from Sana’s decision to share her screenshots of Sara’s Facebook conversations with Isak, which spiraled into a hate campaign against Vilde and eventually Isak being identified as the perpetrator and choosing to accept blame knowing Sana was the true culprit. The week was deeply invested in actions and consequences, beginning with Sana’s decision to post the screenshots to Instagram and then watching as she lost control of the resulting fallout. She thought that Sara’s friends were all going to collectively realize that she was a bad person: in truth, turning Sara into a victim only inspired sympathy, and then a quest for revenge, and in the end several (relatively) innocent people getting hurt.

There are a range of conflicts that still needed to be resolved heading into this week, but outside of some throwaway exposition—which I’ll address below—those are mostly delayed in favor of a deep investigation into why and how Sana gets herself into conflicts to begin with. At the end of last week’s episode, Sana had to decide the type of person she was when she decided to go through Isak’s Facebook; this week, the show uses multiple situations and characters to force Sana into a state of self-reflection, a crucial step in the season’s overall arc if also a messy one at the point in the season where some might seek greater clarity.

There is no messier situation than whatever is happening between Yousef and Noora. The show is being very actively withholding, justified by Sana’s unwillingness to discover the truth beyond the kiss she saw at the karaoke party. She doesn’t want to have the conversation with Noora because she thinks she knows what is happening, and given the selective facts available—the kiss, Elias and his friends discussing them being together, Noora’s “good news”—Sana is not insane to think that they’re together. But as a viewer, it’s hard not to see this as a misdirection, and a lesson in what happens when you choose not to actually talk to people about things. This conflict would have been resolved two weeks ago if Sana had just opened up to Noora about her feelings for Yousef, but that was never going to happen, for reasons that are key to this week’s episode as a whole.

It’s no secret that teenagers are bad at communicating. This is not limited to Sana, of course: Yousef is hardcore flirting with Sana by reigniting their basketball rivalry, but because he never actually clarifies his feelings or intentions, it leaves Sana to read into the rumors of his time with Noora accordingly. As far as we know, Yousef is confiding in Noora about his feelings for Sana, because this is what teenagers do: they talk amongst themselves about what they’re feeling instead of approaching it head on. It’s the same reason why Sara had all of those nasty Facebook chats to uncover, as feelings of insecurity or jealousy or any number of other emotions work their way into gossip rather than through meaningful conversation. We’ve seen glimpses of such conversations this season, like when Yousef and Sana had their heart-to-heart on the basketball court or Sana and Elias worked out some of their sibling drama on the swingset, but those are the exception that prove the rule, as life quickly took over to keep them from ever repeating those conversations.

The introduction of Jamilla at this late stage may seem random, but it serve two goals. The first is that it gives Sana perspective on someone that she had essentially bullied in retaliation for her own bullying back in season two, a reminder of the hurt she likely caused in order to prepare her for the fallout happening around her. The second, though, is we see how the two are able to reconcile through actually sitting down and having a meaningful conversation. They don’t actually end up hashing out every detail of what happens: in fact, they never really address it outright, choosing instead to focus on small talk. But it shows the ability for dialogue to help mend fences, and gives Sana a path through which she might be able to reconcile with her friends should they find out that she was the one who violated Sara’s privacy and hurt her friends in the process. 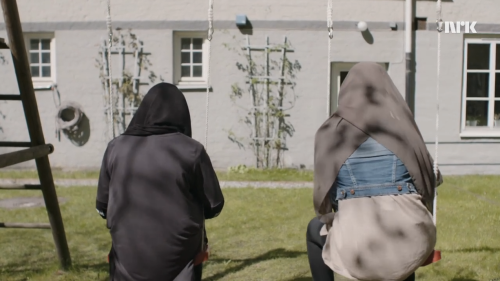 And, yes, it’s also another example of the fact that Sana might just be kind of a difficult person who occasionally jumps to conclusions and hurts people in the process. Isak makes this argument when the two finally sit down to talk, after he has taken the fall for her and comes to her seeking answers. Their conversation is a substantial one, and also an ideological minefield. Sana defends her decision by pointing out Sara’s racism, but Isak then basically suggests that it might not be that Sana was provoked: it might be that she is just “a bossy bitch.” It’s a harsh statement to make, perhaps, but I don’t think it’s a fundamentally unfair one: Sana is inherently commanding, and while her intentions are generally good, it’s not insane to suggest that it might rub someone the wrong way. The way she took over the bus from Sara was sort of an absurd power grab, and so I think Isak has a fair point that it would be overly simplistic to suggest that it was only racism that turned the Pepsi Max girls against Sana.

What follows, though, is a complete mess of a dialogue between two characters who have both struggled with their self-awareness at different points in this story. Sana immediately protests that Isak can’t truly understand what it means to be a Muslim woman in Norway, and when Isak tries to draw an equivalency with being a gay man Sana launches into a justified rant about the specifics of racism and Islamaphobia. It is deeply personal, and deeply felt, and clarifies so much of what she’s typically not able to talk about with her friends. It’s a succinct statement, I would argue, of why Sana doesn’t really open up to her friends about certain parts of her life: she has been taught through experience that the world prejudges her based on her religion, and so she has made the choice to mostly not discuss it with even her friends. She wants to be able to blur the lines between her Muslim beliefs and Norwegian culture, but she is unable to clearly communicate how she values Islam to her Norwegian friends, or how she values Norwegian culture to her parents. She is trying to live a double life, but is convinced that neither side will truly understand the other, and is thus stuck in between with nowhere to go.

Isak—or, rather, Imam Valtersen—dives deep into the psychology that emerged from this, as Sana states hyperbolically that all of Norway is racist. Isak’s speech about true Norwegian values is a spirited defense of the country’s decency, and I saw at least a few conversations online that expressed discomfort with Isak basically attempting to downplay Sana’s experiences of racism. But I appreciate that Isak’s words are not perfectly constructed, falling into various traps as he tries to get across a simpler point: he is not actually an Imam, but rather a teenager who is not exactly the greater communicator himself. And his central point is not that Sana is wrong about how many racists there are in Norway, but rather that her attitude of believing that people’s default position is racism will only drive her mad, and close her off to dialogues that will actually be productive. He stumbles his way through his own ignorance about Islam as a way to point out there is a danger in transposing that hate onto everyone equally, when in truth people might simply be ignorant or confused. It’s a messy message, and mildly problematic coming from Isak, but at its core is a belief that communication—and not isolation—is the solution to working toward a more peaceful and free Norway. 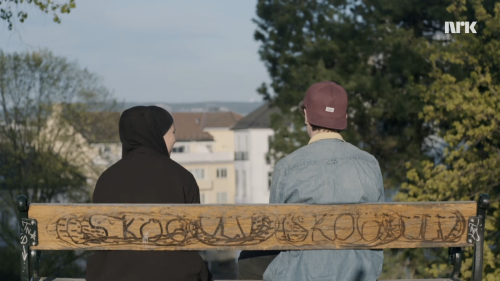 It’s also the solution to resolving this season of Skam. How much less drama would there have been if Sana had sought out actual details about the fight instead of just presuming it was driven by homophobia? It’s honestly a little absurd that Elias never forcibly explained he was defending Mikael, and that Sana wouldn’t have sought out a more direct explanation from Isak which might have provided more clarity. Waiting until now for Isak to explain he was just being jealous is a bit of a copout, especially given it’s unclear why that jealousy would manifest as violence and we never got to see Isak and Even working through whatever fallout came from that within their relationship. However, the fact they are in fine shape suggests that the central lesson here applied there as well: we have to presume that they talked it out, communicating about what happened and coming out the other side stronger.

Those conversations might not always be easy, but they are necessary, which I imagine Sana will face in the days ahead as she finally talks to Noora, who might well have been her best bud before all those feelings got in the way.