What Does TNT Know, Again?: On The Fate of Men of a Certain Age

On The Fate of TNT’s Men of a Certain Age

It hasn’t exactly been a secret that critics are fans of TNT’s Men of a Certain Age, but the simultaneous posting of two independent articles from prominent critics (HitFix’s Alan Sepinwall and AOL’s Maureen Ryan) defending the series against a potential cancellation has certainly cemented the show as this year’s critics’ cause.

For the record, I’m with both Alan and Mo regarding the show: the back half of the second season was maybe its strongest stretch to date, taking each character on a distinct journey that always felt controlled more by the ebbs and flows of life than by the machinations of plot development. The finale, in particular, was narratively complex while staying true to the characters and their relationships. It was about Joe’s relationship with his children, Owen’s relationship with his father, and Terry’s relationship with his past, as much as it was about golf, car dealerships, and career paths. It was a hopeful finale, perhaps, but it was not one that offered any sort of ending. In fact, I don’t know if this is a show that can truly have an ending given its focus on lives being lived.

Of course, Alan and Mo’s posts exist because the show is low-rated, and TNT is not a network known for its low-rated shows. In fact, given that Alan and Mo have covered the show’s strengths so well already, I’m actually more interested in the TNT side of this equation. A network that has staked its reputation on “We Know Drama,” TNT has found great success with quasi-serial procedurals like The Closer and Rizzoli & Isles (which both return tonight), and recently greenlit a second season for its sci-fi drama Falling Skies.

When people appeal to a network to save a show, there needs to be some sort of justification. For Chuck it was product placement and a willingness to make budget concessions, while for Friday Night Lights it was an off-network distribution deal with DirecTV. Other networks, meanwhile, are in such dire shape that they can’t afford to cancel shows with a heartbeat (NBC, I am looking at you). With TNT, though, you have a stable and consistently-performing network that seems immune to the vast majority of “Save our Show” logics, except for the one that critics help manage.

And the one that remains loosely defined for TNT.

END_OF_DOCUMENT_TOKEN_TO_BE_REPLACED

Filed under Men of a Certain Age

What’s my Genre Again?: The In(s)anity of the Saturn Awards 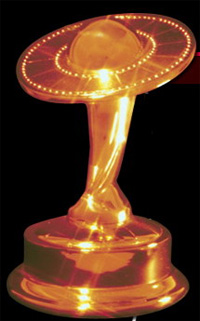 The Academy of Science Fiction, Fantasy and Horror Films comes together every year to recognize the best in genre entertainment (in both film and television) at the Saturn Awards. This is, at least in my view, a noble endeavour, and the awards have offered a space where shows like Battlestar Galactica and movies like The Dark Knight have been awarded deserved prizes that may not have been awarded at the Emmys or Oscars thanks to what is considered a bias against genre entertainment in general.

The problem is that, over time, the Saturn Awards have stretched the meaning of genre so far that it legitimately has no meaning, welcoming both genuine confusion and some outright derision based on some of their categories. The sheer volume of nominees and the rather ridiculous range of categories means that this year the Saturn Awards skew dangerously close to the Oscar while simultaneously veering dangerously towards an opposite and unflattering direction, while on the Television side their definition of what defines as genre may be the most confounding awards show process I’ve ever confronted, as demonstrated by this year’s nominees.

Rather than seeming like a legitimate celebration of science fiction, fantasy or horror, the Saturn Awards read like an unflattering and at points embarrassing collection of films and television series which reflect not the best that genre has to offer, but rather a desperate attempt to tap into the cultural zeitgeist while masquerading as a celebration of the underappreciated.