At the Knick: A Transmedia Invitation to an Uninviting World 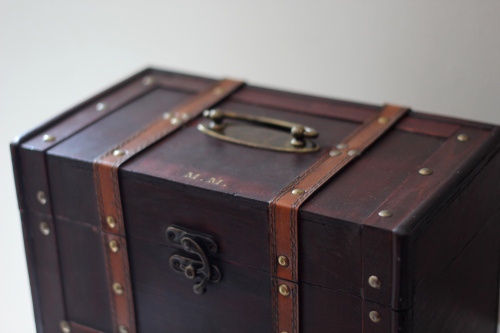 One of the most striking elements of Cinemax’s The Knick—which debuts tonight at 10/9c—is its electronic score from Cliff Martinez. It’s purposefully anachronistic, and crucial to the series’ disorientation. It never wants you to feel entirely comfortable in this early 20th century world, which sits on the cusp of scientific progress without being able to fully embrace it. The score, working alongside Steven Soderbergh’s cinematography, works to disrupt the viewer’s sense of immersion while simultaneously drawing the viewer in on more complicated terms: it’s a great score, and a beautiful show, but The Knick is not something one luxuriates in.

This creates a somewhat complex set of parameters for the marketing around the series, one that has been translated into a campaign by Campfire Media, whose work for Cinemax, HBO, and A&E I’ve written about on the blog in the past. The “At The Knick” campaign mirrors elements of those previous campaigns, particularly the Game of Thrones Westeros Revealed scent box; ahead of The Knick’s premiere, Cinemax has delivered customized medical kits meant to transport the recipient back to a different era of medicine. Meticulously crafted, it’s a beautiful and compelling piece of transmedia worldbuilding, although one that works best as an introduction to rather than representation of the world in the series.

END_OF_DOCUMENT_TOKEN_TO_BE_REPLACED

Filed under The Knick

This week, an assortment of critics and bloggers received what is considered the first part of an ongoing “experience” called the Maester’s Path, a transmedia initiative to support the April 17th debut of HBO’s Game of Thrones. The fairly intricate wooden box features a collection of maps and other scrolls meant to be artifacts of Westeros, as well as a collection of scents that when merged together capture the olfactory essence of different locations.

I was lucky enough to receive one of these boxes from HBO, and I spent yesterday morning mixing scents, taking pictures and poring over the scrolls. This was, after all, what I was instructed to do by the scrolls within the box, and so I journeyed to King’s Landing (which smells of summer fruit and parchment) and the Dothraki Sea (which smells of campfire and “Khal’s herd,” which smells as you would imagine).

However, while this level of personal experience is encouraged by the hands-on nature of the activity, there is another step to this process. That step is telling all of you about my experience, sharing my pictures and detailing my impressions: it’s the step which is encouraged by the letter from HBO which sat on top of the box, rather than the scrolls from Westeros which were found inside, and it has manifested as a large collection of extensive “unboxings” which allow fans who did not receive a box themselves to still experience this “first link in the chain.”

The question now becomes at which point these fans will be able to walk the path themselves, rather than living vicariously through a chosen few.

END_OF_DOCUMENT_TOKEN_TO_BE_REPLACED

I feel as if “Everything Man” was written as some sort of ridiculous joke, fitting for the night before April Fool’s Day. My point is not that the episode wasn’t funny, but it seemed like the writer drew three things out of a hat and had to turn them into an episode, or perhaps it was the result if an improv session; they asked for a location and got bathroom, they requested an object and got talking toilet, and they asked for an occupation and got photographer.

I thought the episode had the signs of something that never quite fit together, trying to force too much action into that enormously large bathroom  and never quite bringing together the separate storylines, but the show was having so much fun with its individual parts that I can’t really hold it against them. While some shows try to pretend that they’re more cohesive than they really are, Cougar Town knows when it’s forcing things, and that self-awareness goes a long way to keeping an episode like “Everything Man” moving; the impressive thing, really, is that it ends up a fairly nuanced investigation of the show’s romantic tension by the end of the half hour.