For FXX as a cable channel, the arrival of The Simpsons reruns—including a complete marathon of all 552 Simpsons episodes through season 25 starting on August 21—marks a key transition in its brand identity. But given that Simpsons reruns have been proliferate in syndication on local stations for years, and DVD box sets have allowed fans to revisit the most beloved episodes of the series whenever they’d like, the idea of being able to watch eight episodes of The Simpsons leading up to each new episode on Fox on Sunday nights is not necessarily a revelation for fans of the series.

For this reason, the bigger news out of last November’s cable syndication deal between FXX and The Simpsons was the non-linear rights. At the time, this was largely framed in terms of the most basic way we understand the meaning of “non-linear,” which is to say that the series will be available to stream at any time. If we take “linear” to mean a traditional programming schedule dictated by a network or channel, then we have historically understood “non-linear” to mean an environment where audiences can choose to watch a show on their own terms through either video on-demand (VOD) services through cable or satellite providers or streaming platforms like Netflix or Hulu. Accordingly, headlines at the time of the announcement focused on the fact “The Simpsons Will Finally Be Available To Stream” or that “Every ‘Simpsons’ Episode Will Be Available To Stream In August,” as The Simpsons finally became part of a new era of television distribution.

And yet as I wrote at the time, although not exactly in these terms, The Simpsons has always been non-linear as a cultural artifact.

How The Simpsons Should Exist On The Web – Slate

“We don’t think about The Simpsons in terms of episodes, not in our contemporary moment. While I will be happy to revisit various Simpsons episodes in their entirety on FXX or FXNow, and I will on occasion pull out my DVDs and watch a few episodes back-to-back, how we think of and use The Simpsons on a daily basis comes in the form of jokes, bits, and memorable sequences. The Simpsons travels in these bite-sized chunks, and the value of The Simpsons in the age of online streaming should ideally reflect this.”

This is why I specifically called for a Simpsons clip database that would embrace not simply non-linear forms of television distribution, but also non-linear patterns of cultural engagement with the text in question. FXX has been relatively tight-lipped regarding details of what their Simpsons app—which was originally planned to launch alongside the series’ debut on FXX, but will now begin rolling out in October—would look like, but in January FX president of program strategy Chuck Saftler expressed his excitement at what they had planned, but made no specific assurances when I pressed him on the potential for clips to be built into the system.

This lengthy preamble is my way of working through the fact that, as demoed for critics at FX’s day at the Television Critics Association press tour, the newly unveiled Simpsons World app has fully and wholly embraced the non-linear ways The Simpsons echoes in the lives of its fans. With multiple channels of pre-programmed episode streams, the ability to stream any episode, character pages featuring curated clips, and the capacity to read-along with the script while watching any episode, Simpsons World is everything a fan could want.

And with the proposed ability to create and share clips to a range of social networks, it is also the engine for the Simpsons Clip Database I dreamed of.

END_OF_DOCUMENT_TOKEN_TO_BE_REPLACED

Welcome to Cultural Learnings’ LiveBlog for the 2007 Emmy Awards! We’ve done a week’s worth of coverage leading up to this moment, and now it’s time to see how the awards turn out, starting with the one-hour pre-show and moving into the three-hour broadcast. So stay tuned to see just how much the Academy is going to miss The Sopranos during tonight’s Emmys broadcast.

[With the show now over, Cultural Learnings has posted its Highlights and Lowlights post that summarizes a lot of the feelings within this LiveBlog. Admittedly, there isn’t 7000 words there, so it’s a bit easier to digest. – Myles]

6:57 pm: Everything is set – admittedly, I’m watching on my snowy antenna connection, but it’s more than adequate to be able to tell Ryan Seacrest from Brian Dunkleman.

7:00pm: And we’re here with…Mark Steines! And…Laila Spencer? Someone from The Insider. And it is Ellen Degeneres to open the show, which is perhaps fitting considering her nomination in Individual Performance in a Variety Series. Her prediction: Tony Bennett. I really want Colbert to jump her at this point. However, I do believe she is quite good at this: she called Elaine Stritch beating her a few years back. Doesn’t bode well for Colbert.

7:02pm: Oh, I hate this person! Ugh, poor Kate Walsh, has to deal with this Britney Spears question. She does not deserve this type of idiotic punishment. Are they seriously going to try to milk this entire preview pretending Britney Spears is going to publicly apologize to the ENTIRETY of humankind? Because no.

END_OF_DOCUMENT_TOKEN_TO_BE_REPLACED

The Simpsons Movie and The Brevity of Spider Pig 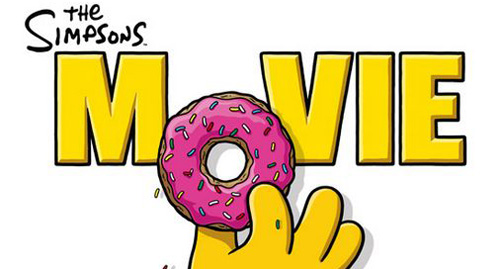 I could write a full review of The Simpsons Movie, which I took in yesterday afternoon, but I’m going to link you over to The Elder’s review over at McNutt Against the Music. Essentially, we both agreed: the film was derivative in almost every way, and yet was really quite funny, entertaining and worth the money. At this point in time the film’s impact is limited by the level to which the series has run potential storylines into the ground; there was nothing fresh to be found, no character stone left unturned. In the end, however, they milked every last drop of humour they could out of America’s favourite family, and the result was an engaging motion picture.

And engage it did: the film garnered a staggering $72 Million opening weekend. The Elder argued that this wasn’t too surprising, but analysts were much more modest with their predictions. The Simpsons are one of those properties where its current fan base is young, its largest fan base is in limbo between childhood and adulthood, and it’s kind of impossible to know how the demographics will turn out. Either way, they turned out, and Fox is laughing all the way to the bank.

One thing I do want to say about the film is how impressed I am by one segment in particular: Spider Pig. This was a big hit in trailers and commercials, and the internet has embraced it fully. I, at worst, wasn’t convinced: it seemed like just a lame gag. However, it is handled effortlessly in the film. When the writers conceived the idea, it was likely just a bit piece, and that is how it stayed.