Self-Gatekeeping: The Shifting Demographics of the 10/90 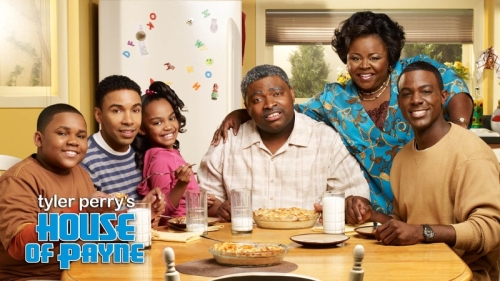 Today at The A.V. Club, I have a piece reflecting on the state of what has become known as the 10/90 model, specifically focused on its fate at FX given the failure of George Lopez’s Saint George earlier this year and the unlikelihood of Partners—which debuts on Thursday night—setting the world on fire.

The uncertain fate of TV’s most radical get-rich-quick scheme – The A.V. Club

What’s become clear since 2012 is that the 10/90 is a form of television development fundamentally incompatible with the FX brand, and with the brand of any channel fostering a creativity-driven environment. In a business that has always been a negotiation between economic imperatives and creative potential, the 10/90 model makes no effort to have that negotiation. It’s the television-production equivalent of a get-rich-quick scheme, and it shows in every pained, unfunny minute of Partners’ first two episodes, as well as in the creative struggles of both Anger Management and Saint George.

What struck me in doing research for the piece was how there was an untold story of the TBS 10/90, a marginalized narrative in the broader discourse. FX’s Anger Management was the first 10/90 to draw significant mainstream attention, despite the fact it only barely edged out the record-setting ratings of Tyler Perry’s House of Payne on TBS in 2006. But that show was on a less reputable channel, starring largely unknown actors, and—most tellingly—is primarily aimed at an African-American audience. And yet it also ran for over 250 episodes between 2006 and 2012, and spawned two other African-American led 10/90 sitcoms at the channel: Tyler Perry’s Meet The Browns ran for 140 episodes between 2009 and 2011, and Are We There Yet?—based on the Ice Cube film—produced 100 episodes between 2010 and 2012.

This story became more of a stepping stone for considering the more timely discussion of FX’s relationship with this development model in the final draft of the piece, but in earlier—overlong—drafts I had a line of discussion regarding the demographic implications of the evolution of the 10/90 that I wanted to explore here. Specifically, I want to consider how we can understand the 10/90 as an important space for serving underserved audiences, and how the evolution of the form has drifted away from what seemed like a key appeal of the model early on.

END_OF_DOCUMENT_TOKEN_TO_BE_REPLACED

I addressed The Walking Dead generally in my piece last night, but I do want to address the premiere in particular.

As far as premieres go, this is a really strong effort aesthetically: character is largely on the backburner in an effort to define the scale of this world, which operates directly in opposition to characterization. The whole point of the series, after all, is that humanity has dwindled down to a small collection of survivors, and yet this creates an even grander sense of scale as a result of the sheer emptiness.

I want to talk about that emptiness a bit, and the role it plays in telling the story in “Days Gone Bye.”

END_OF_DOCUMENT_TOKEN_TO_BE_REPLACED

Filed under The Walking Dead